As some of you may know Microsoft Ignite was live from Chicago last week and Introduced us to Microsoft Latest Version of SharePoint…2016!

It was no secret that Microsoft intends to move in the Office 365 Direction and with the amount of Sessions about it you would not be surprised however as most SharePoint Consultants will tell you there are still some clients who still require SharePoint Server due to Legal and Compliance reasons. So it looks as though SharePoint 2016 is the way to go.
Here is the Links to both sessions that were the key focus points showing us the SharePoint 2016 Overview/Roadmap and also the SharePoint 2016 for IT pros video telling us about the new Features of SharePoint 2016.

The Evolution of SharePoint: Overview and Roadmap
http://channel9.msdn.com/Events/Ignite/2015/FND2203

What’s New for IT Professionals in SharePoint Server 2016
http://channel9.msdn.com/events/Ignite/2015/BRK2188

We would love to Blog about the changes however here is the slideshows and Speakers you will want to listen to.

Other key Points that came from Ignite were as follows;
80% of Forbes 500 are now using Office 365
SharePoint Designer 2016 will not be available for SharePoint 2016
Still no real news about InfoPaths future in SharePoint other than what we already know that it will use InfoPath 2013 for the new Version of SharePoint.
SharePoint Server 2016 will have multi Role Server Installation feature

There is so much news from Ignite and if you have some time visit Channel 9 by Microsoft for all the sessions.
http://channel9.msdn.com/Events/Ignite

Every been googling and not sure what to search for when fixing a sharepoint issue? Just need to get an overview of what everything means in SharePoint? well we get asked the same question regularly Read more… 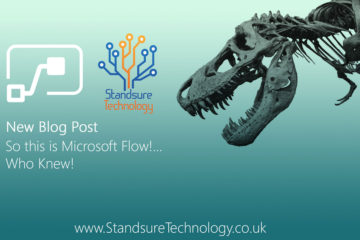 So this is Microsoft Flow! Who Knew

This is not so much news or even a tutorial however its worth sharing. Recently we were in a 3-day Microsoft SharePoint Online Course to 5 Delegates from the same organisation. They have all been Read more… 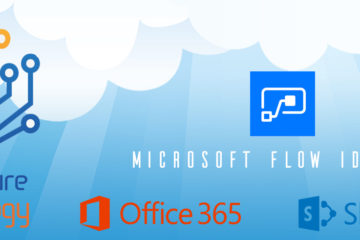